Hunt for the Skinwalker

Science confronts the Unexplained at

a Remote Ranch in Utah

by Colm A. Kelleher and George Knapp.

This site contains copyrighted material the use of which has not always been specifically authorized by the copyright owner. As a journalist, I am making such material available in my efforts to advance understanding of artistic, cultural, historic, religious and political issues. I believe this constitutes a 'fair use' of any such copyrighted material as provided for in section 107 of the US Copyright Law.

In accordance with Title 17 U.S.C. Section 107, the material on this site is distributed without profit to those who have expressed a prior interest in receiving the included information for research and educational purposes. Copyrighted material can be removed on the request of the owner.

Email ThisBlogThis!Share to TwitterShare to FacebookShare to Pinterest
Labels: Aliens, book-Hunt for the Skinwalker, UFO's

Part 7 of 7 : the Invisible Rainbow...Bees, Birds, Trees, and Humans...In the Land of the Blind

The Invisible Rainbow A History of Electricity and Life  by  Arthur Firstenberg 16.  Bees, Birds, Trees, and Humans ALFONSO BALMORI MARTÍNEZ... 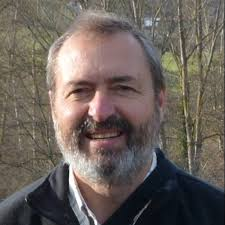