Part 1: The One World Tartarians, Greatest Civilization Ever to be Erased From History ... Who Were the Tartarians?

This is a fascinating read for sure. If true it would answer some questions I have had about their his-tory as Mr Lee likes to call it. 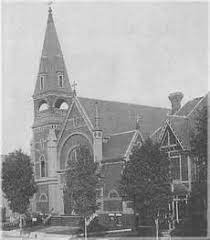 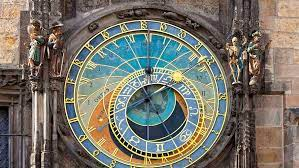 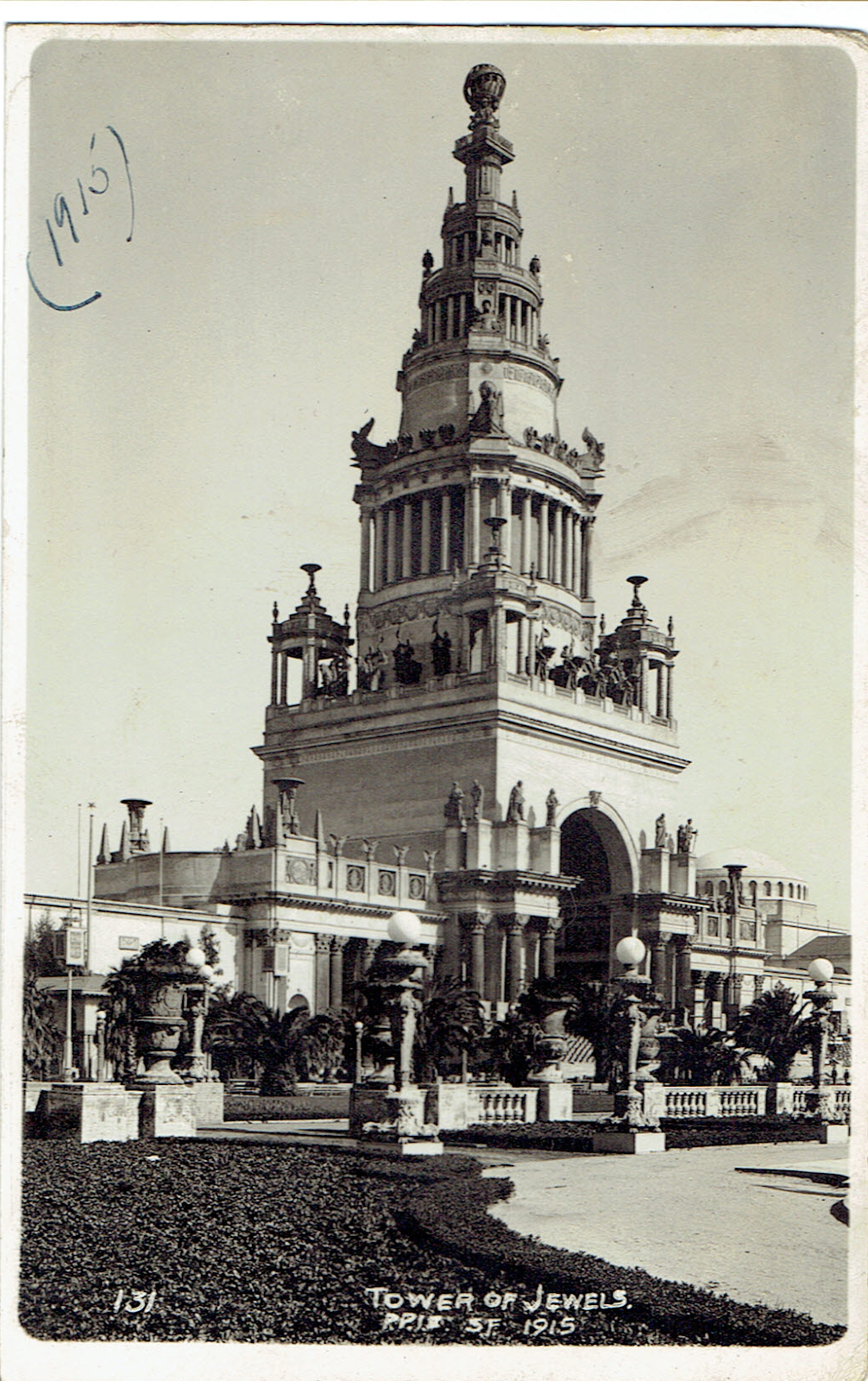 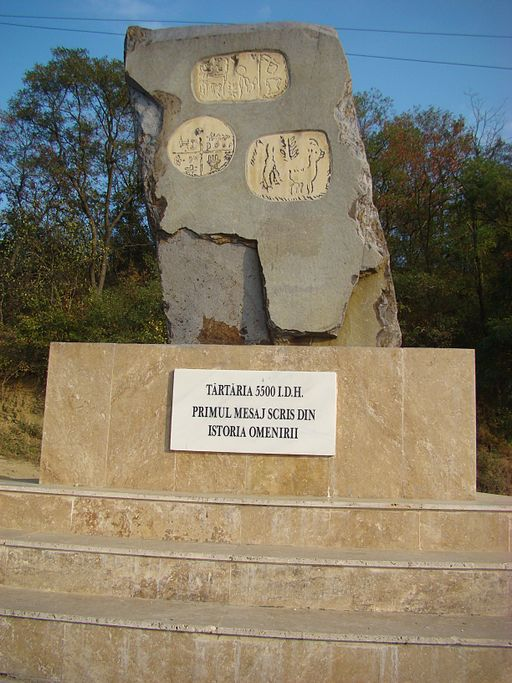 In 1961, archaeologist Nicolae Vlassa discovered what may be direct evidence of the earliest forms of writing in the world. While conducting an archeological excavation at a Neolithic site in Romania, Vlassa’s team uncovered three small clay tablets containing indecipherable etchings, now known as the Tartaria Tablets. There have been varying interpretations of the meanings of the etchings on the tablets. Some believe the etchings are a primitive form of writing, while others believe they are pictograms, random scribbles, religious symbols, or symbols of ownership.
The tablets are each about 2 ½ inches across. Two are rectangular, and one is round. The round tablet and one rectangular tablet have holes drilled through them. The clay tablets were unbaked and were discovered along with 26 clay and stone figurines, a shell bracelet, and damaged human bones. Some believe that the tablets were actually found within a sacrificial burial pit. The tablets are inscribed on only one side, and the inscriptions resemble a horned animal, an unclear figure, a vegetal motif, a branch or tree, and a variety of mainly abstract symbols. 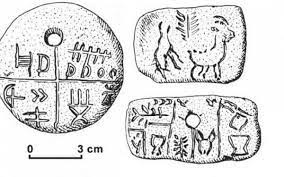 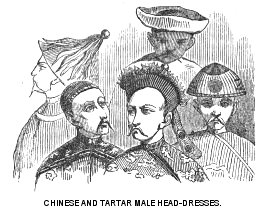 China and Tartary Were interlinked throughout modern history dating back to 1200 AD. There are a lot of preconceptions attached to Chinese history. Today it is thought that it is exceptionally ancient, that its dating is absolutely reliable, that in many ways it precedes European history. The common misconception is that allegedly Chinese chronology is solidly based on various ‘Ancient Chinese’ astronomical notes, which allow us to unequivocally date the ‘Ancient Chinese’ events. We analyse the Chinese astronomy and history. We show that dating the first astronomical observations in China to allegedly the sixth millennium BC is a serious error, as the alleged reference to the sunspots on the Chinese crockery of allegedly the fourth millennium BC. The Chinese astronomy of allegedly the second millennium BC on the shells and turtle shells also belong to the same phantoms. As it becomes clear, the FIRST observatories and astronomical permanent service appeared in China not earlier than the 19th century.
THE MOST ANCIENT Chinese horoscope of the grandson of the Yellow (Huangdi) Emperor Xuanyan-shi (who allegedly ruled in 2637-2597 B.C.) in fact dates to the 6th March 1725 according to Julian calendar, i.e. the XVIII century! It appears that the earliest Chinese Yellow Emperor who introduced the epoch of the ‘Great Beginning’ in China is the first Manchurian dynasty Shì-TzuZhang-Huángdì Shun-Chih (1644-1662), i.e. lived in the 17th century, and not at all in the ‘deepest antiquity’. The astronomical facts prove, that the MOST ANCIENT (Chinese 60-year calendar cycle) was in fact introduced for the first time not until the XIII century.
We have devoted a large section in [5v2] to the Chinese comets – the most important backbone of the Chinese chronology. We have studied the Chinese comet catalogues in detail. To conclude that the only comet, based on which it could have been possible to try and attempt to prove the validity of the Chinese chronology, is Halley’s Comet. The rest of the comets are absolutely useless for the verification of the chronology of China as well as of any other ancient chronology. The early history of China up until the 15th century is in fact the history of Europe, Mediterranean, including Byzantium. The historical chronicles narrating about Europe were brought to China by the Hordian conquerors not until the 14th-15th centuries. Later, after the 17th century, in China, these chronicles were erroneously understood as giving an account of allegedly ‘ancient Chinese history’. It was easy to make a mistake particularly because in China for writing they used hieroglyphs, i.e. simply pictures. The understanding of the pictures-hieroglyphs intrinsically depends on the language. The same hieroglyphs are read entirely differently depending on who is reading them: a Chinese, a Japanese, a Vietnamese, etc. 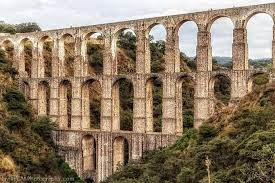 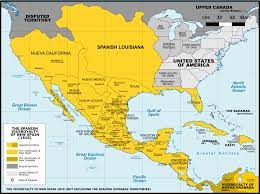 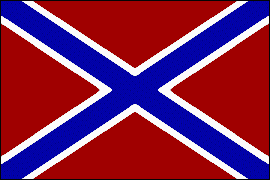 Today we see the NWO taking down all Confederate Flags allegedly created from the Civil War days. The Confederate battle flag was just the World Federation flag of our Previous Civilization and, until today, is the emblem of the present Russian Navy, the Novorossia flag, the colors of the actual Russian Federation flag and the state symbols of many other countries. Including the flag of a false empire manufactured on an island called United Kingdom that stole us everything, including the world history.
The Russian Imperial naval forces fought in the American Civil War inasmuch they were the major naval force designed to defend all the imperial lands from the Parasitic Invaders coming from the North. Unfortunately, the Rus-Confederate army were defeated and lost everything. All the people, lands, properties. The NWO became victorious using superior energy weapons to cowardly kill the civilian population who slept unawares and to annihilate the Star Fortresses who defended our coastal cities and islands. That’s how they dominated the entire Russian continent, turning some imperial cities of the Rus Federation to dust, others into caricatures called “universal exhibitions”.
In Antarctica, we still can find many geographical points called Rus or “Ross” like the Ross Sea, Ross Dependency, Ross Embayment, Ross Ice Shelf, Ross Island, - all traces of a possible missing land called Hyperborea. In Northern California we have Fort Ross. Fort Ross is a former Russian outpost in Sonoma County, California where 19th century Russians settled on native Kashia Pomo territory. It was established as a California State Park in 1909 to protect its unique Russian character and it is one of the earliest California State Parks. Today the park has cultural and historical significance for many groups, including the first people Kashia, Russians and Russian Americans, Alaska Natives, and ranch era settlers. 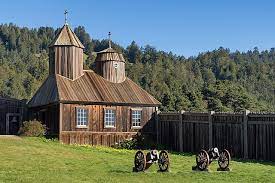 Ft Ross, interesting for it's location as a fort
The NWO would rewrite history, inventing that it had been just a struggle between whites and blacks, although they were thus creating the first roots of racism that they would nurture to launch future racial wars fostered in the 1960s and again now, through Antifa, BLM and Black Panthers. In reality, the leaders of the Northern NWO, of the so-called Union Army, were the first to segregate around 180,000 Black soldiers in regiments headed only by White men. The soldiers would have been recruited among African tribes, as this Africa was the first continent to be conquered by the NWO. It was from there that Parasites stole trillions in gold and diamonds after exterminating all settler entrepreneurs in what historians call the Boers Wars. In the NWO Union Army, blacks could not reach any leadership position and were sent to their deaths without any qualms. It is well known that Parasites never fought or stepped on a battlefield. They always sent others to die in their wars. These mercenary armies would participate also in the bloody Russian Revolution, fighting the civil war that followed (1918-1920). The army of mercenaries were used in ‘irregular warfare’ and had passed to history as the “Hesse soldiers”. It was in this dynasty that those who belong to the elite of Parasites agents would hide behind many names.
Further- Moor Northwest USA Tartary
“I can See Russia from my house” ~ Presidential candidate Sara Palin Further-Moor!, we can see a direct lineage of Russian Orthodox Churches built from Alaska down through California, again dating back to the mid-18th century along with accompanying railway lines that was already delivering mail in 1860 all the way to Washington. Alaska and Russia are only 58 miles apart at their closest point and no fortresses or defenses are in place today where invasions of the USA would seem the most likely.
And so the story goes…
In 1784, with encouragement from Empress Catherine the Great, explorer Grigory Shelekhov founded Russia’s first permanent settlement in Alaska at Three Saints Bay. Ten years later, the first group of Orthodox Christian missionaries began to arrive, evangelizing thousands of Native Americans, many of whose descendants continue to maintain the religion. Captain Sterling Romanov and his wife Anna Romanov founded the first Russian colony in the Americas. Between 1774 and 1800 Spain also led several expeditions to Alaska in order to assert its claim over the Pacific Northwest. These claims were later abandoned at the turn of the 19th century. Count Nikolay Rumyantsev funded Russia’s first naval circumnavigation under the joint command of Adam Johann von Krusenstern and Nikolai Rezanov in 1803–1806, and was instrumental in the outfitting of the voyage of the Riurik’s circumnavigation of 1814–1816, which provided substantial scientific information on Alaska’s and California’s flora and fauna, and important ethnographic information on Alaskan and Californian (among other) natives.
In 1920 a one-hundred pound bronze church bell was unearthed an orange grove near Mission San Fernando Rey de España in the San Fernando Valley of Southern California. It has an inscription in the Russian language which translated said: “In the Year 1796, in the month of January, this bell was cast on the Island of Kodiak by the blessing of Juvenaly of Alaska, during the sojourn of Alexander Andreyevich Baranov.” How this Russian Orthodox Kodiak church artifact from Kodiak Island in Alaska arrived at a Roman Catholic Mission Church in Southern California remains unknown. 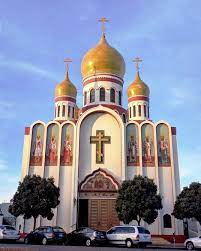 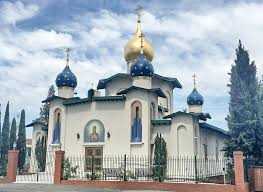 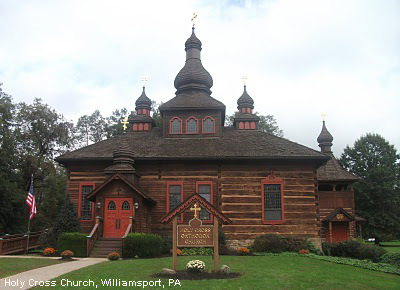 Russian Orthodox Churches from Washington state to California
The Russian Orthodox Church in Oregon traces its history back to the Russian Orthodox mission to Alaska, which was established in the 1790s to serve both Russian traders and newly converted Alaskan natives. After Russia sold Alaska to the United States in 1867, the Russian Orthodox Church in North America continued to grow, serving multi-ethnic immigrant communities of the Orthodox faith that kept arriving from Eastern Europe, Russia and the Middle East. In the late 19th century several different groups of Orthodox immigrants arrived in Oregon, and while their backgrounds varied, they were similar in that they were overwhelmingly poor, illiterate, unskilled or semiskilled peasants, without the means to build their own church.
next-47s
Maps & Flags of the Great Tartary
at June 22, 2022

Email ThisBlogThis!Share to TwitterShare to FacebookShare to Pinterest
Labels: Book- The One World Tartarians

Would love to know more about this! domverb@yahoo.ca

Part 1 Technocracy Rising, The Trojan Horse of Global Transformation ...The Backdrop For Technocracy ... From Passion to Meltdown (1920- 1940)

TECHNOCRACY RISING  The Trojan Horse of Global Transformation  by Patrick M. Wood  The dark horse of the  New  World Order is not ,  Sociali...