This site contains copyrighted material the use of which has not always been specifically authorized by the copyright owner. As a journalist, I am making such material available in my efforts to advance understanding of artistic, cultural, historic, religious and political issues. I believe this constitutes a 'fair use' of any such copyrighted material as provided for in section 107 of the US Copyright Law.

In accordance with Title 17 U.S.C. Section 107, the material on this site is distributed without profit to those who have expressed a prior interest in receiving the included information for research and educational purposes. Copyrighted material can be removed on the request of the owner.

Posted by oldmaninthedesert at 10:26 AM No comments:

The Bail Companies are at it Again 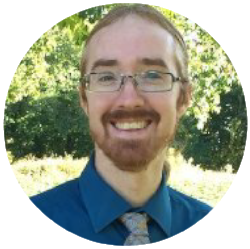 Wikipedia tells us the founder of MFF is Simon David Cecil, Jewish of course (possibly linked to the Cecils in the peerage—his looks confirm that possibility, since many prominent Cecil's there are redheads), but has no other useful information for us. . except for blatant numerology. It tells us in 2017 the Fund bailed out 33 people. Really, 33, who would have guessed?
Note the red beard there on Cecil, the 1st Earl of Salisbury. He was Secretary of State and Lord High Treasurer under Elizabeth I. 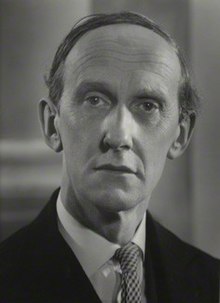 Simon Cecil also looks like Lord David Cecil:
Same build, face shape, and hairline. Lord Cecil's mother was a Gore, so our Cecil may be related to Al Gore. That would fit like a glove, wouldn't it? Remember, Gore is a Soros protege. The Washington Times called Soros his Sugar Daddy.
Board President at MFF is Gregory Pearce Lewin, 29, also Jewish. He seems kind of young to be a Board President.
There are a lot of Lewin's in the peerage as well, since the Barons Lewin are prominent in the Merchant Taylors, where they are related to the Spencers. They also produced many admirals. They are related to the Queen through the Webbs.
Lewin and Cecil look like kid fronts for this thing. Do you think we might be able to connect them to the big investment groups like Blackrock? My guess is yes, though I doubt we can do it with information posted online. But since we already linked Honsey to Soros and through him to the Quantum Group, I should not give up hope. The first thing I would like to know are the fathers and mothers of Cecil and Lewin. I bet something big is lurking there.
Simon Cecil has no real bio posted online, but there are definitely peerage Cecils in the US. They married into the Vanderbilt clan in 1924, when John Cecil married Cornelia Stuyvesant Vanderbilt. He was the grandson of the Marquess of Exeter and Mary Tyssen-Amherst, linking us to all sorts of Nazi action. Mary's father was a baron, and her mother was. . . Margaret Mitford. Margaret's father was an admiral, and her cousins were the Mitford sisters, one of whom was a friend of Hitler. The name Tyssen also links us to the Nazis, since the Tyssens link us to Fritz Thyssen, German industrialist billionaire and bankroller of Hitler.
Cornelia Vanderbilt was the daughter of George Washington Vanderbilt II, who was the grandson of Cornelius Vanderbilt. They were from Staten Island, NY, and Biltmore, NC. They have many grandchildren in the US.
According to Intelius, we are looking at Simon David Cecil, 37, related to Lawrence, Noah, and Wilson Cecil, as well as Debra Bruce. Instant checkmate also puts him in San Salvador. The name Debra Bruce is interesting, since the Bruces are also possible nobility/royalty. Think Robert the Bruce.
Greg Lewin has a page at MyLife.com that gives up some info. There we find he is from Wilmington, DE, another CIA HQ. Related there to Saunders, Abdul Ali, Carmelo Cannuli, William E. Stewart (77), Kleinstein, Cabrera, Stephanie A. Frey (51), and Lori Bruce. Could Bruce link him to Simon Cecil? Could Frey link him to Minneapolis Mayor Frey (below)?
Another Jew controlling this story. Getting old, isn't it? Think your governor or mayor isn't Jewish? Guess what, you are probably wrong.
I told you it wouldn't be easy to get information on these guys, but maybe my readers can send me something. I am sure I am on the right track, since it is always the same people running these cons. There is no chance this event just accidentally includes Cecils and Lewins.
http://mileswmathis.com/bail.pdf
Posted by oldmaninthedesert at 12:44 PM 2 comments: