The Jesuit Connections in the Here and Now

Let's start here with the invocation from the dog and pony show on the 20th...

O'Donovan confirmed to NCR that Biden had personally called him and invited him to offer the prayer at the inauguration, which will mark the election of the nation's second Catholic president, and that he had accepted.

O'Donovan is a longtime friend of the Biden family. In 2015, he presided at the funeral Mass for Biden's oldest son, Beau, after he died of brain cancer at the age of 46.

Biden is known to be close with a number of Jesuit priests, and while he was vice president, he occasionally attended Mass at Holy Trinity Catholic Church in Georgetown. In 1992, when Biden's son Hunter was a senior at Georgetown, O'Donovan invited the then-senator from Delaware to give a lecture at the Jesuit university on his faith and public life. Biden told O'Donovan at the time it was the "toughest assignment he's ever had."

More recently, just days after his presidential election, on Nov. 12, Biden appeared at a virtual fundraiser for Jesuit Refugee Service, where O'Donovan now serves as director of mission. On that occasion, Biden announced that he would raise the annual admission target of new refugees into the United States to 125,000, marking a sharp increase to the Trump administration's cap of 15,000 individuals....] https://www.ncronline.org/news/people/jesuit-fr-leo-odonovan-deliver-invocation-biden-inauguration

[...'We have a good one now'...“I’m a practicing Catholic. I always joke — they say, ‘Why am I a practicing Catholic?’ I say, ‘Because of the nuns and Jesuits,’ ” Biden said. Then he added, referring to the church’s first Jesuit pope: “We have a good one now.”...]https://www.washingtonpost.com/news/energy-environment/wp/2015/06/16/biden-on-pope-francis-we-have-a-good-one-now/

Then we have this little item here.

[...President-elect Joe Biden, only the second Catholic to be elected president announced for the first time since being elected that his administration would raise the presidential determination for refugees, the target number for admissions of refugees to be resettled in the United States, to 125,000 during an event for Jesuit Refugee Service (JRS).

“JRS believes that in the stranger we actually meet our neighbor and that every society is ultimately judged by how we treat those most in need,” said President-elect Joe Biden during an event to celebrate the 40th anniversary of Jesuit Refugee Service. “The Biden-Harris administration will restore our historic role in protecting the vulnerable and protecting the rights of refugees everywhere and raising our annual refugee admission target to 125,000.”...][that emphasis was done by the linked site, not by me [DC],the administrator of this blog DC] https://www.jrsusa.org/news/jesuit-refugee-service-welcomes-announcement-from-president-elect-joe-biden-on-increase-of-refugee-admissions-to-125000/

Biden and his bunch proved back in August that free speech is only free if you are a nitwit liberal follower of the latest idol in fad...

[Lou Holtz, a former college football coach, caused controversy during the Republican National Convention on Wednesday night when he declared that Democratic presidential nominee Joe Biden is a "Catholic in name only."

Biden has been vocal about his faith, which he says has helped him through difficult times in his life, like when his son, Beau Biden, died of brain cancer in 2015. Holtz made his judgment while delivering a speech praising President Trump, saying he is a man who "genuinely cares about people" and is someone Americans can "trust." Not long after Holtz was finished, liberals and conservatives alike jumped to Biden's defense on Twitter.][do not know what conservatives they are referring to DC]https://money.yahoo.com/jesuit-priest-calls-lou-holtzs-021741466.html

Lets see what some future Jesuits to be had to say about their fellow jesuit/pedophile taking office. This one is already preaching, and has the memory of her idol, as she seems to have already forgotten the aftermath of the 2016 election and how her fellow snowflakes acted out in public for four damn years.

[“Although we aren’t all robots who share the same political beliefs, it’s important that we accept the winner,” Gabriel said. “The country chose Joe Biden as the president and in order to create unity, it is important that we all accept the results of our democracy as we have done since this country was created.”]https://jhsplank.com/7972/showcase/jesuit-students-give-their-opinions-on-the-election-results/

The last link from my vanilla search is on a speech the pedophile gave last month.You do not have to worry about jabbing my arm you senile fart.

[...I look forward to the second shot and I have absolute confidence in the vaccine. But we’re in short supply. Taking the vaccine from a vial into the arm of millions of Americans is one of the biggest operational challenges the United States has ever faced. We’re 300 million people, and we’re going to take many more months for that to happen. In the meantime, this pandemic rages on. Experts say things are going to get worse before they get better, not withstanding the fact we have the vaccine. As you all know, we’re averaging a death rate of close to 3000 people a day. That means we’re going to lose tens of thousands of more lives in the months to come. And the vaccine won’t be able to stop that.

So we’ll still have to remain vigilant. We need everyone to mask up, stay socially distanced, avoid large gatherings, particularly inside. We need to work in a bipartisan way. That’s the only way we’re going to get through this, in tough times. We have our first hint and glimpse of bipartisanship. I applaud the Congress their economic relief package that included funding for vaccine distribution, much needed temporary relief for workers, families, and small businesses.

In this election, the American people made it clear they want us to reach across the aisle and work together on matters of national concern to get something done. And I believed that to be the case from the very beginning of my campaign. And I’m happy to see members of Congress heeding that message as well from their own constituents. Leaders in both House and Senate, both parties, deserve credit for making the hard compromises to get this done. But like all compromises it’s far from perfect, but it does provide vital relief at a critical moment....]https://www.rev.com/blog/transcripts/joe-biden-delivers-remarks-before-christmas-holiday-transcript-december-22

Now the following comes from one of us(the people), I have always looked past his left/right hang up because of the depth of his entries. Someone did not like what he was writing about, because in 2018, he was locked out of his own blog. I have been trying to reach him to offer my blog as a space for his work, but have been unsuccessful thus far.Will keep on trying to bring him on board. Here I want to draw your attention to some of what he was writing about in October 2016. Yes I know Dunsford is no longer in place,but he was for most of Trump's term. If what Ray is saying is true, what better place for Dunford to be then out of the public's eye...

[So, who is real power behind the militarized and satanic driven NFL Super Bowl? A JESUIT PRIEST. It is U.S. Marine Corps Deputy Commandant General Joseph F. Dunford, Jr., the 19th Chairman of the Joint Chiefs of Staff, is the nation’s highest-ranking military officer, and the principal military advisor to the President, Secretary of Defense, and National Security Council.

On May 6, 2016, President Barrack Obama executed an Executive Order (EO)– Facilitation of a Presidential Transition. It is right HERE from the White House in black and white. Normally, a presidential transition or presidential interregnum refers to the period of time between the end of a presidential election and the inauguration of a new President of a country. During this time, the incoming President usually designates new government personnel, including selecting new Cabinet positions and government department or agency heads. The early May 6 publication of the presidential transition EO is said to provide the mechanism for the transition of power between U.S., Inc., President Obama to the reconstituted Republic of the United States of America that is said to be under the Irish “fervent” Catholic and Jesuit Priest, Gen. Joseph F. Dunford.

“It is impossible to read Elizabethan history [i.e., the history surrounding Queen Elizabeth I of England; queen: 1558-1603] except in the context of an army of Jesuits, masters of deceit, treachery, treason, infiltration, subversion, assassination, insurrection, civil war and coercion, plotting for the good of the papacy, and the defeat of all the Pope’s foes anywhere in the world.” (1987)– J.E.C. Shepherd (Canadian historian)

On June 20, 2016, U.S. Marine Corps Commandant, Joseph Frances Dunford, Jr., the highest military officer in America, and President of the Republic of the United States celebrated and sacrificed to the COSMIC old Gods- Cybele, Mithras and Apollo on the summer solstice in Rome on Vatican Hill, at St. Peter’s Basilica that sits on top of the CYBELE’s secret ancient underground temple caves and catacombs.Some people say that it is ridiculous speculation.

Moongate The NASA/Military Cover-Up by William L. Brian II   CHAPTER 12  MALDEK AND THE MOON  Evidence was presented in the chapter on Moon ... 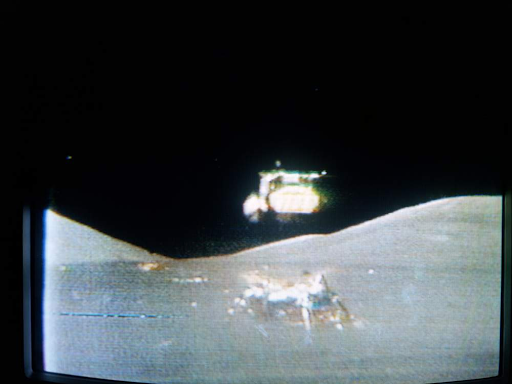