THE WEAPONIZATION OF SOCIAL MEDIA SHOULD CONCERN US ALL &TRILLION DOLLAR RIP-OFF: SOCIAL NETWORKING IS A STOLEN TRADE SECRET 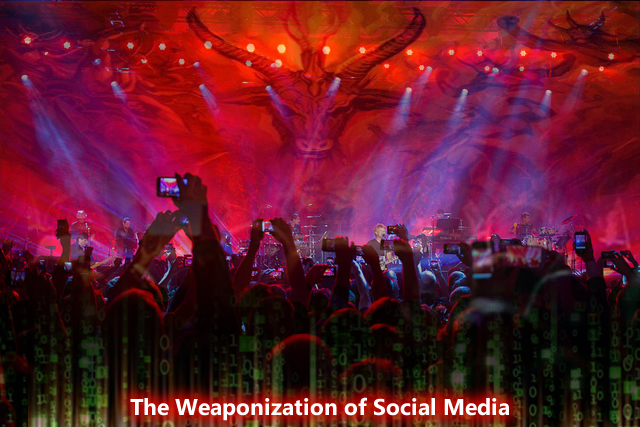 FIG. 1 – THE MILITARY-INDUSTRIAL COMPLEX CONSPIRED TO STEAL LEADER TECHNOLOGIES' SOCIAL NETWORKING INVENTION AS A TOOL FOR ROGUE C.I.A. MIND CONTROL. The evidence shows that these individuals have engaged in a new kind of evil. If not stopped by We the People, these demons may destroy human civilization in their madness.
Graphic: Americans for Innovation.
(NOV. 22, 2017)—Last week, lead investigators from American Intelligence Media (AIM) traveled to Columbus, Ohio to interview Michael McKibben, Chairman and Founder of Leader Technologies, Inc., about his creation of social networking.

This story is so important that we would be remiss if we did not circulate it immediately. You should know how the Internet has been hijacked by criminals to be used against all of us in a plan to wipe out free speech and usher in global tyranny.

Douglas and Tyla Gabriel conducted six half-hour interviews that break down this profound story. This article was originally published by Aim4Truth and is reproduced here by kind permission. Each interview builds on the last one and gets better and better.

The Aim4Truth headline today is:

"FACEBOOK UNMASKED: HOW THE WORLD’S MOST RELEVANT ENTREPRENEUR WAS SCREWED BY ZUCKERBERG."

Bookmark: #McKibben-Part-1
PART 1 OF 6: TRILLION DOLLAR RIP-OFF: SOCIAL NETWORKING IS A STOLEN TRADE SECRET
One of the largest government sponsored industrial espionage thefts of copyrights, trade secrets, and patents in modern times was the theft of scalable social networking inventions. The technology and programming code that underlie Facebook, Gmail, YouTube, Twitter, Instagram and most the other large-scale social networking companies runs on Leader Technologies' intellectual property.

It was stolen by a group of criminal lawyers, judges, spies and bankers working with complete impunity and in total disregard for the law. Under the guise of the IBM Eclipse Foundation, James P. Chandler III (who was a national security advisor and top White House attorney) led the group of criminals who, interestingly enough, are also appearing in the news currently due to their most recently discovered crimes, along with John Podesta, Robert Mueller, Rod Rosenstein, John Breyer, James Breyer, Larry Summers, Yuri Milner, Alisher Usmanov, Mark Zuckerberg, Sheryl Sandberg, Bill and Hillary Clinton, and a host of others who are not so well known.

Usually, we see them stealing oil, gold, uranium and other resources, but this time they stole the very software code that is utilized by the largest tech companies in America, Europe, Russia, China, South America, and anywhere else they could market it—making trillions of dollars in the process.

They carved up the globe and the markets in each region, giving each criminal a piece of the market using Leader Technologies' stolen trade secrets. Eric Schmidt took America and Europe, Chandler got South America, Summers and his side-kick, Sheryl Sandberg, joined Schmidt in taking America. Yuri Milner, Alisher Usmanov and Summers got Russia; the Breyers got China, and a host of fake tech-lords became the front-men for all of the various social networks we see cropping up everywhere—the richest companies in the world - Google, Facebook, Amazon. The criminals got filthy rich off the back of a hard-working, creative American entrepreneur—Michael McKibben.

What did Leader Technologies get? Seventeen years of lies, deceit, legal maneuvering, patent tricks, industrial espionage, betrayal, governmental manipulation, frauds on the courts, and a $10 million dollar legal bill—as well as seven lawsuits brought against Leader Technologies itself as an attempt to bankrupt them.

Listen to Michael McKibben, the founder and lead inventor of Leader Technologies and the person responsible for the biggest explosion of Internet technology in history, explain his story to citizen journalist and author, Douglas Gabriel.

Bookmark: #McKibben-Part-1-of-6-Trillion-Dollar-Rip-Off-Social-Networking-is-a-Stolen-Trade-Secret | https://tinyurl.com/yd5gttvc
YouTube Link | Vimeo Link
Bookmark: #McKibben-Part-2
PART 2 OF 6: THE EVIL TECH CARTEL WEAPONIZING SOCIAL MEDIA
Patent theft is accomplished through the Patent Trial and Appeals Board (PTAB) and the many laws that allow the U.S. Patent and Trademark Office to confiscate and control any patent deemed a national security issue. Once confiscated, the inventor is not compensated for the out-right theft of the patent. Stiff penalties, including incarceration, accompany these seemingly "illegal" patent laws that can steal any patent that the military (Department of Defense) or cyber-intelligence (all 17 agencies) considers a patent that could be turned into a weapon.

Once stolen, the government uses a complex group of public, and secret, defense agencies, corporate contractors, and crooked bankers to fund the weaponization of trade secrets, patents, copyrights and other forms of intellectual property. Usually, the government builds in a "back-door" to the technology—so that they can control and manipulate the weaponized property. Then, they fund a "front-man" as a stooge to run a private corporation that is built on the weaponized invention.

The dummy company gets tens of millions of dollars in initial investments. Its underwriters then inflate valuations that turn into billions when the fake private corporation later hits the stock market. These fake front-men, pseudo-military corporations, stolen patents, and corrupt defense contractors then magically become the largest corporations in the world—Google (NSA), Facebook (NSA and CIA programs), Amazon (NSA and CIA) and on and on down the line of the huge tech corporations that are consuming everything around them in league with the ill-intent of the military and intelligence agencies.
Leader Technologies' inventions fueled dozens of the largest corporations in the world. It was out-right industrial espionage at the highest governmental levels that led to the theft of Leader's trade secrets, copyrights, and patents.

Bookmark: #McKibben-Part-2-of-6-The-Evil-Tech-Cartel-Weaponizing-Social-Media | https://tinyurl.com/y783w2mt
YouTube Link | Vimeo Link
Bookmark: #McKibben-Part-3
PART 3 OF 6: LEADER VS. FACEBOOK: ZUCKERBERG'S THEFT OF SOCIAL MEDIA
Many people are aware that Mark Zuckerberg has had to settle out of court again and again over his theft of the social network that he called "Facebook." What they don't know, perhaps, is that Zuckerberg was one of the fake tech-lords who got his invention from James Chandler's and Larry Summers' efforts to apply the technology they stole from Leader and was being disseminated through the IBM Eclipse Foundation.

The confused stories he tells about Facebook can be made sense of when they are told by the true inventor who did write the code for the greatest software advancement of our time. Listening to Michael McKibben explain the source code reveals, just in his words, that he is the true inventor.
Bookmark: #McKibben-Part-3-of-6-Leader-vs-Facebook-Zuckerberg-s-Theft-of-Social-Media | https://tinyurl.com/yd3v5wg3
YouTube Link | Vimeo Link
Bookmark: #McKibben-Part-4
PART 4 OF 6: INTERNET GLOBAL DOMINANCE: MILITARY CYBER WARFIGHTING
When Michael McKibben and his software engineers created their quantum leap in technology to almost infinite scalability with their social networking invention, they planned to implement a moral system that respected personal property and privacy and envisioned a new "age of freedom of information." While Leader Technologies assumed that the government might want to use their invention, they had no way of knowing that the government intended to use it for the exact opposite moral purposes: to take away the user's freedom and surveil everything in their lives.

Michael was trying to advance the industry and certainly would have never believed that his own government might become his enemy as he resisted the whole-sale theft and weaponization of his inventions. How could Leader Technologies know that the most-respected patent attorney in America was also the most corrupt?

Who could have predicted that the NSA, CIA, FBI and other intelligence agencies would come to control the Internet, social networks, and every communication and broadcast in America—in contra-distinction to US laws and civil liberties. To witness the twisted uses of Leader's original idea must have been maddening.

What is a beautiful idea when implemented as originally designed, it would be a tool of higher human development.

However, thanks to a thieving government, it was turned into a dark web of pornography, gambling, haters, and total military surveillance. The Internet that we once thought to be a harmless digital tool for greater communications became, in the end, the global network of control of industry, commerce, education, and our personal lives. Most American's lives would change drastically without the social network scalability invented by Leader Technologies.
Bookmark: #McKibben-Part-4-of-6-Internet-Global-Dominance-Military-Cyber-Warfighting | https://tinyurl.com/yah383ux
YouTube Link | Vimeo Link .
Bookmark: #McKibben-Part-5
PART 5 OF 6: LEADER TECHNOLOGIES' WINNING SOLUTION: UN-WEAPONIZE THE INTERNET
Leader Technologies' Michael McKibben has a solution to the problem of the US military and intelligence agency's control of the cyber-warfare experiment called the Internet. The Department of Defense created the Internet which was originally called ARPANET, after the Department of Defense agency called DARPA. These groups have incubated and funded the principle components of the Internet, from the cables it runs on, to the routers every communication runs through, to the micro-processors inside every computer, to the software that makes it work.

All areas of our modern Internet-life were created for military purposes - not to create a system of world-wide free information as Leader Technologies first envisioned. The tech-lords' monopolies can easily be turned off through one of two plans that the shareholders of Leader Technology have devised. Both plans end the control of the Internet by governmental military and intelligence agencies. Both plans are a win-win scenario for every American. Both plans help bring America back to a lawful society where the innovations and inventions of Americans are treated with respect and not usurped for military weaponization.

The social networking systems that have arisen from Leader's inventions were meant to expand human freedoms, not suppress them. Only through a complete revamping of the system, and the removal of all government spying and control of information, can we end the drive to centralize all information access via Google, AT&T, Verizon, Amazon, Apple, Yahoo, etc., through communication via Gmail, Instagram, etc., and through social networking via Facebook, SnapChat, and many other companies.

The Internet must be freed from corruption, surveillance, and a contrived monopoly of information that rules our lives and imprisons information instead of freeing it.
Bookmark: #Leader-Technologies-Winning-Solution-Un-Weaponize-the-Internet | https://tinyurl.com/ybknumfe
Youtube Link | Vimeo Link
Bookmark: #McKibben-Part-6
PART 6 OF 6: REAL RUSSIAN MEDDLING IN THE ELECTION: FACEBOOK'S TEMPLATE TO WIN
Leader Technologies' Michael McKibben has a solution to the problem of the US military and intelligence agency's control of the cyber-warfare experiment called the Internet. The Department of Defense created the Internet which was originally called ARPANET, after the Department of Defense agency called DARPA. These groups have incubated and funded the principle components of the Internet, from the cables it runs on, to the routers every communication runs through, to the micro-processors inside every computer, to the software that makes it work.

Eric Schmidt and Mark Zuckerberg used Google and Facebook to manipulate users during the 2008 and 2016 presidential elections. The Facebook "Template for Winning Elections" was written by a Russian. This program was used by Obama in the 2008 election to win and during the 2016 election, Obama set up a political war-room that utilized the Template to Win officially under the egis of the U.S. Digital Service—a service used by Democrats and RINO Republicans against Trump Republicans.

Zuckerberg now must answer to why Yuri Milner and other Russians own large amounts of Facebook shares. Mark also needs to answer why his best friend and investor ($200 million), the Russian Yuri Milner now lives in Silicon Valley and buys political and corporate support like it is popcorn. The tech-lord corruption is out of control and the US government is complicit.
Bookmark: #Real-Russian-Meddling-in-the-Election-Facebook-s-Template-to-Win | https://tinyurl.com/y92aoecw
YouTube Link | Vimeo Link
CALL TO ACTION:
Ask President Trump to pay Leader Technologies' Miller Act Notice.
* * *
Notices: This post may contain opinion. As with all opinion, it should not be relied upon without independent verification. Think for yourself. Photos used are for educational purposes only and were obtained from public sources. No claims whatsoever are made to any photo.
https://americans4innovation.blogspot.com/2017/11/the-weaponization-of-social-media.html
at October 09, 2018

Part 2 of 2 : The Ownership of all Life, Notes on Scandals, Conspiracies and Cover ups

The OWNERSHIP of ALL LIFE  Notes on Scandals, Conspiracies and Cover ups  by JON RAPPOPORT  57   1995. General Sani Abacha, the dictator of ...